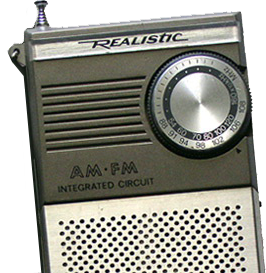 A private detective tries to track two radioactive pearls that were used to murder two women. He travels to Hawaii disguised as a novelist and mixes with the inhabitants while thwarting the assassins sent to kill him. [More details on this show]

Jan 28: Actor Roger DeKoven passed away 35 years ago today (in 1988) at the age of 81. He would be 116 years old if alive today! He appeared in 16 episodes of Radio Mystery Theater.
How does the father lose what he was trying to gain? He knew he was about to die. All he cared about was leaving his daughter safe. He protected her from a predator. With his compassion for Sal removed, he had nothing holding him back from taking the ultimate step he always really wanted to take to protect her. Sal's mistake was thinking only about what he would gain in that last trade and not what he was removing from his opponent. That was a fatal error! It's irony -- the thing he took because he wanted it to win the woman was what was protecting him from the father. With the father no longer having that, he was vulnerable and too short-sighted to realize that. The father, free of long-term worry because he knew he was about to die anyway and now free of moral restraint, acted rationally to defend his final concern.

Last listener comment from Gilly , listening to A Bargain in Blood (Episode 103 )

LISTEN TO ALL YOUR FAVORITE CBSRMT EPISODES ONLINE FOR FREE!

CBS Radio Mystery Theater was meant to appeal to an audience that remembered when old time radio drama was a popular form of family entertainment. Riding on the wave of nostalgia fever, the radio show attracted many younger listeners who would stay up late, hidden under their covers to hear the program on their bedroom radio (and many of them were not able to go to sleep after listening to the frightening program!)

CBSRMT was able to attract a wide array of talent. Many of the voices that were popular during the Golden Age of Radio made appearances on CBS Radio Mystery Theater, and younger talent, often from CBS Daytime Television and NY area stage appeared in the radio broadcasts.

This website is run by the support & generosity of listeners like you. By providing these old time radio shows for free we hope to keep the spirit of the Old Time Radio (OTR) alive for new audiences and fans who heard these classic broadcasts live in bygone decades.