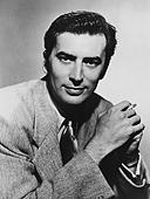 John Baragrey was a "tall dark and handsome" Hollywood and Broadway actor. He found steady work on TV Soaps but les success in film. He shared the stage with a number of popular leading ladies, including Rita Hayworth, Jane Wyman, Jane Powell, Anne Bancroft, Judith Anders and Bette Davis.

He appeared in the following 4 episodes of Radio Mystery Theater

John Baragrey (15 April 1918 – 4 August 1975) was an American film, television, and stage actor who appeared in virtually every dramatic television series of the 1950s and early 1960s. On stage, in films, and especially on television, he teamed up with many of the leading ladies of the era, including Rita Hayworth, Jane Wyman, Jane Powell, Anne Bancroft, Judith Anderson, Tallulah Bankhead, Delores del Rio, and Bette Davis Some of the TV shows he appeared on were Westinghouse Studio One, ABC Stage 67, The United States Steel Hour, Alfred Hitchcock Presents, General Electric Theater, Robert Montgomery Presents, The Secret Storm, Dark Shadows, and Hallmark Hall of Fame Some of the films he appeared in were The Creeper (1948), The Loves of Carmen (1948), Swiss Tour (1949), Shockproof (1949), The Fugitive Kind (1960), The Potting Shed (1961), and Gammera the Invincible (1966). On Stage he appeared in The Enchanted (1950), Pride's Crossing (1950), One Eye Closed (1954), The Devils (1965), The Grass Harp (1971) and Murderous Angels (1972)